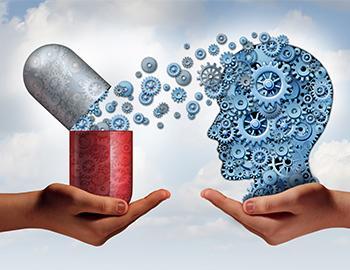 Bipolar disorder as the term connotes is characterized by intense mood swings varying from depression to mania. The disease earlier was designated as Manic depressive disorder. Its symptoms include erratic behavior, suicidal tendencies, impulsive actions, and lack of enthusiasm towards any activity. Though appears to be a very serious disorder but can be treated with the right therapy and medications.

1. What is Bipolar Disorder?

Bipolar Disorder, formerly known as manic depression, is a mental illness categorized by extreme changes in mood that last for extended periods of time. These changes differ from typical ups and downs that most of us experience. Bipolar Disorder consists of cycles of Mania and Depression. Mania can be seen as an extreme elevation in energy, risky impulsive behavior, lack of need for sleep, and a "high" feeling - or feeling grandious. Mania can last a few days to weeks, and is followed by a depressive "crash." The crash often consists of debilitating depression in which getting out of bed is extremely difficult. A lack of appetite, isolation, low energy, motivation, feelings of failure, and helplessness are also common.

2. Are there different types of Bipolar Disoder?

Yes. There are four different types of Bipolar Disorder.

A psychiatric licensed professional at Compassionate Psychiatric Services will be able to distinguish between these and help develop the proper treatment plan accordingly.

3. What is the treatment for Bipolar Disorder?

Treatment for Bipolar Disorder includes psychotherapy, such as cognitive-behavioral therapy and family-focused therapy. Medications, such as anti-psychotic, and at times anti-depressants, in addition to learning self management strategies, such as education, understanding triggers, and early symptoms are part of a comprehensive treatment plan for Bipolar Disorder. Holistic treatment approaches such as exercise, meditation, and proper nutrition can encourage overall wellness.

4. What can I do if I suspect that I myself or someone I care for may have Bipolar Disorder?

At Compassionate Psychiatric Services, we employ a team of licensed professionals to assess, diagnose, and treat patients with a wide range of symptoms. We provide medical and psychotherapy treatment options for patients with Bipolar Disorder. Call our office today to get scheduled for an assessment

5. Where can I get more information on Bipolar Disorder?

6. Do you know which significant cities Compassionate Psychiatric Services offer its mental health services to?

Office Hours
Get in touch